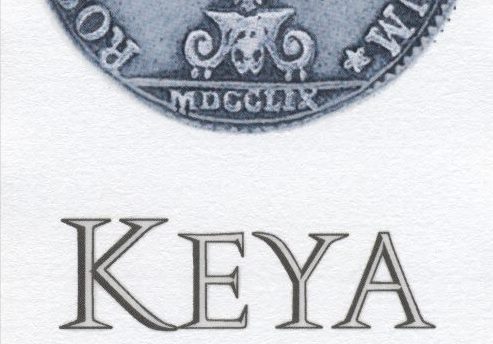 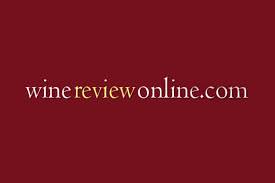 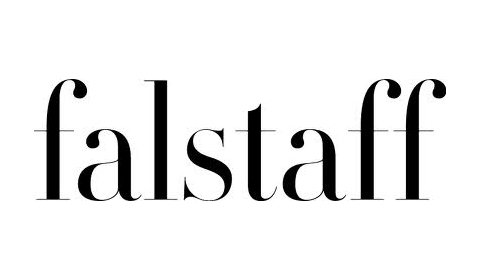 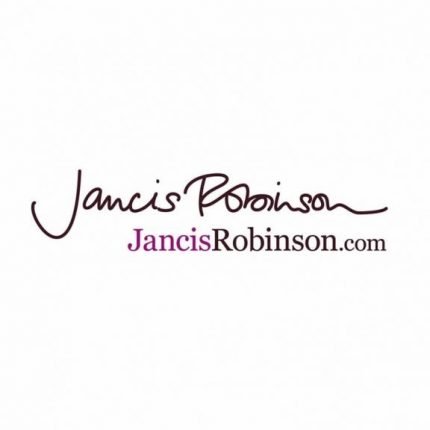 Gorgeous aromatics; slightly deeper pink which carries through on the palate as a fuller wine; still with bracing and refreshing acidity; persistent; lovely hint of bitterness in the finish. Michael Apstein

Bright old pink in appearance. Delicate and fragrant nose of fresh flowers, in addition some sour cherry and raspberry notes. Round and supple on the palate with a subtle onset gaining in body followed by fine raspberry fruit nuances with a soothing flow. Othmar Kiem & Simon Staffler

The 2020 Bardolino Chiaretto Classico Keya opens up with delicate notes of peach skin, dried orange peel and dusty florals. It’s soft and enveloping with a soothing display of ripe melon and cooling herbal tones. The Keya tapers off incredibly long while maintaining vibrancy, as lingering minerality slowly fizzles out under an air of tropical citrus…. Eric Guido

Touch of rosiness in the colour of this one. Ultra-crisp white citrus, cooking apples dipped in white pepper and crushed raspberries. The acidity in this wine is electrifying. So racy it tastes as if it’s breaking the speed limit in your mouth. Pomegranate pith. Very appetising…..Tamlyn Curren 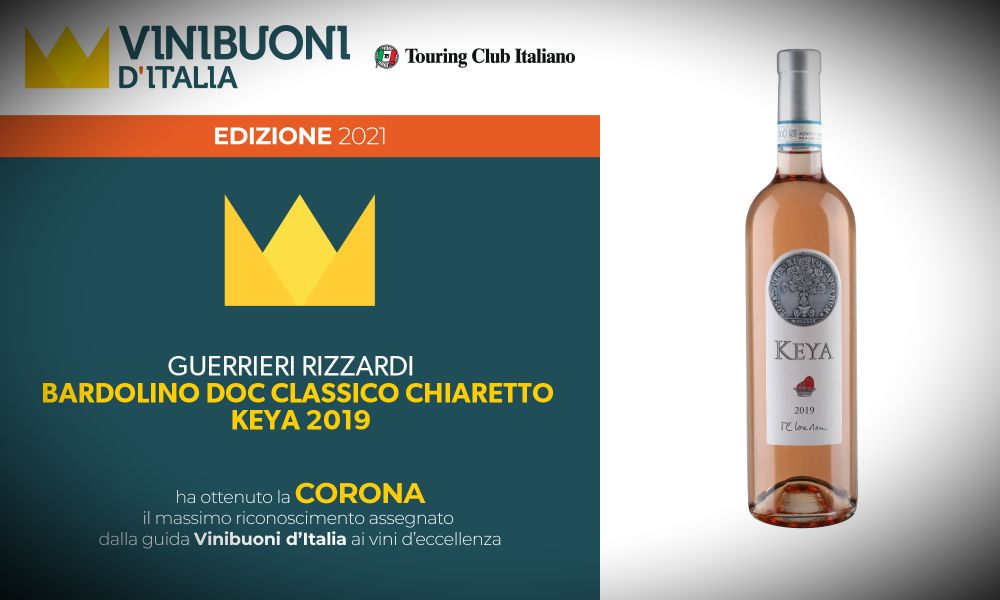 Our Bardolino rosé wine KEYA Bardolino Chiaretto Classico 2019 has been awarded UNA CORONA (a crown) the top level by one of Italy’s biggest and most important wine guides Vinibuoni d’Italia.

It has been such a big year, despite everything, for our new rosé and to receive yet another important affirmation of KEYA’s quality is a great pleasure for all of us at Guerrieri Rizzardi.

This latest award comes in the wake of KEYA’s selection for Slow Wine’s Best 100 Italian Rosés, 94 points from Falstaff and 91 points from Vinous and makes it our most awarded non red wine to date. 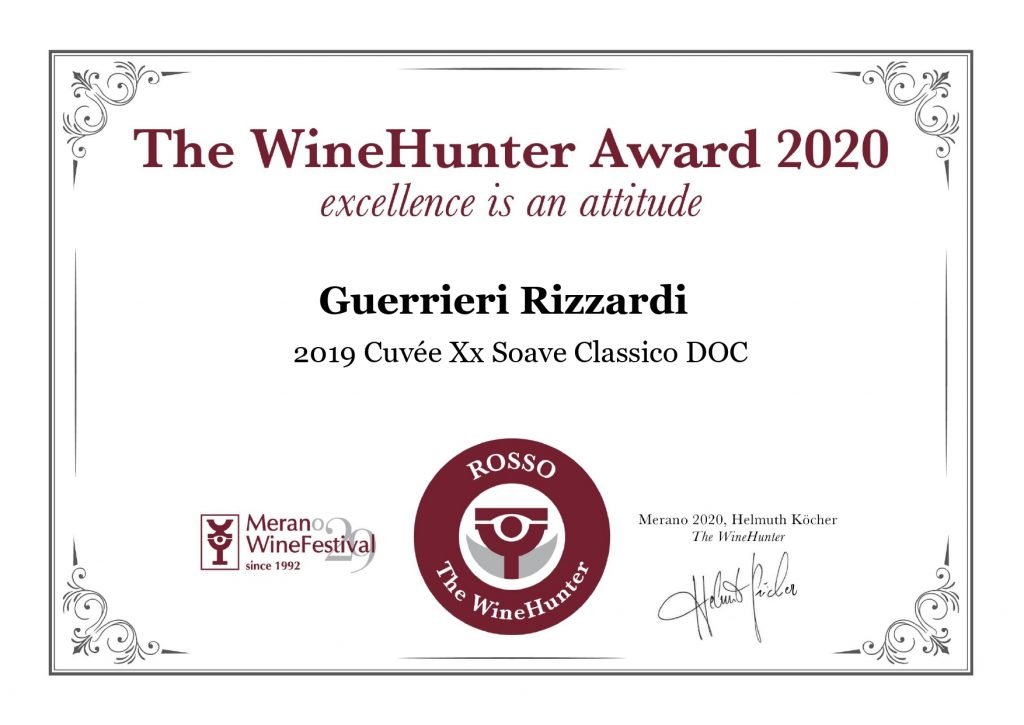 The 2019 vintage of our Soave Classico, CUVÉE XX 2019 has been awarded a ROSSO Award in this year’s Wine Hunter, the prestigious competition of the Merano Wine Festival.

In previous years it has usually been the Amarone wines that pick up these awards, therefore we are especially pleased to see our Soave do so well.

CUVÉE XX is made from the grapes of our two CRU sites in Soave Classico. It  is a careful, quality selection made after we have selected the grapes for the single vineyard wines COSTEGGIOLA and FERRA.

Available in good restaurants and wine shops in Italy and abroad.

(The XX signifies the 20th century which is when the Rizzardi family added the Soave vineyards to the estates.) 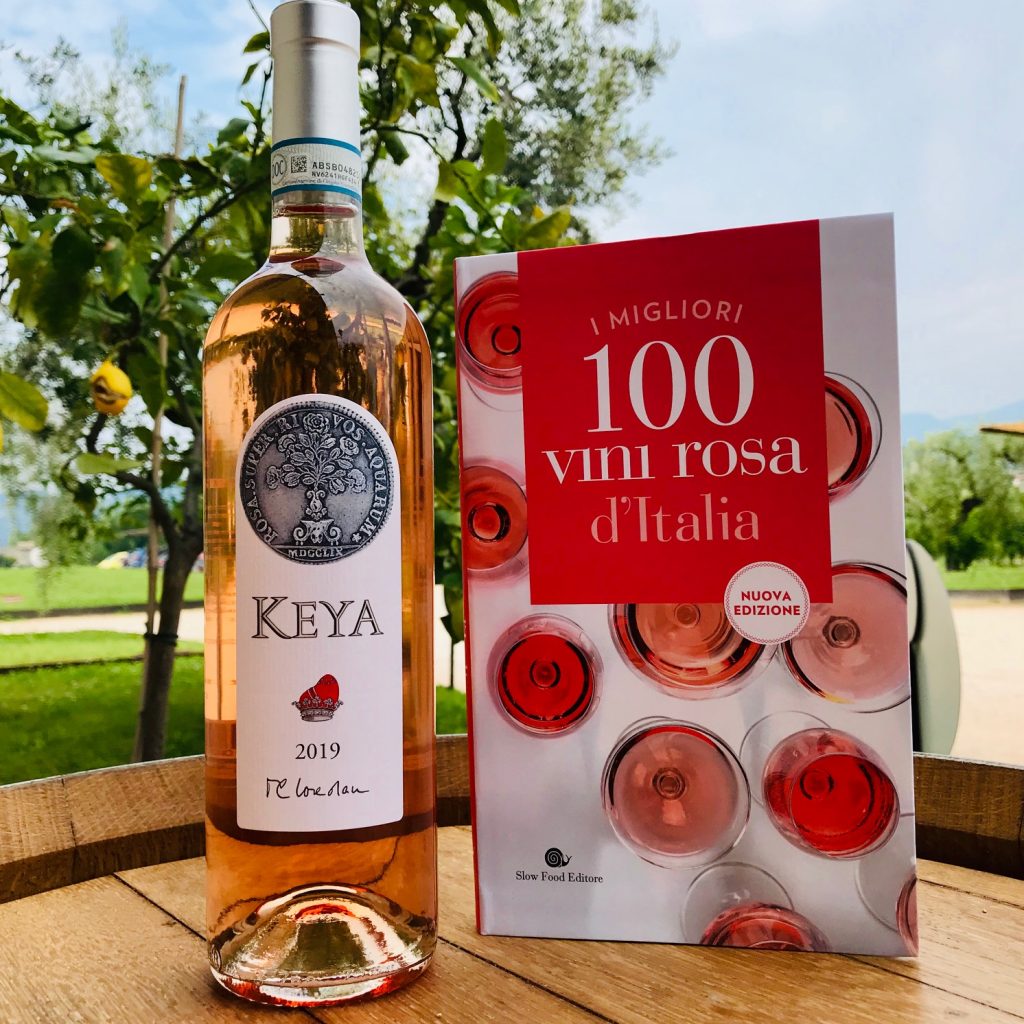 Further major recognition for KEYA, our Bardolino DOC Chiaretto Classico and this time it is from esteemed wine guide, Slow Wine. We are especially pleased to announce that KEYA has been awarded a place in Slow Wine’s 100 Best Italian Rosés.

Quote from the guide:

“This is how wines are born which are a sincere expression of the territories they come from, as this Bardolino Chiaretto shows us, intense scents of rose, aromatic herbs and small red fruits, fresh and lively on the palate, with a good finish of subtle spicy notes.” 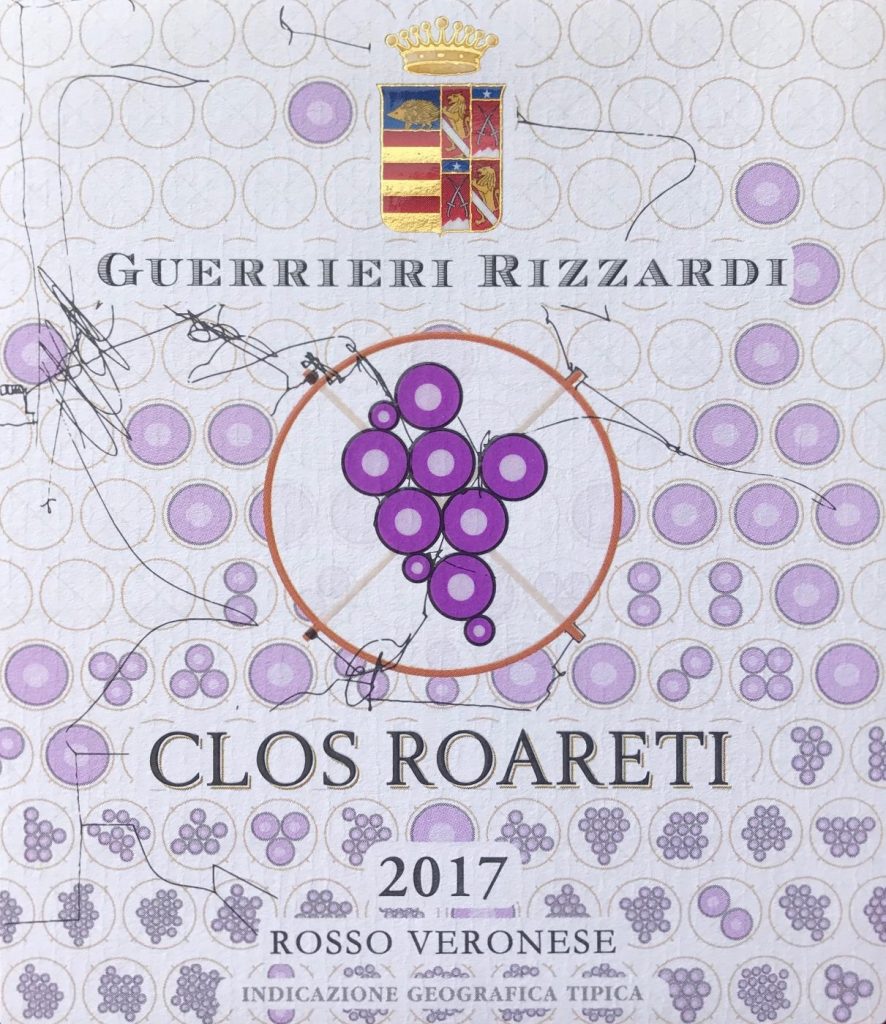 The name “Clos Roareti” combines two elements: ‘clos’, which in Mediterranean countries is a walled vineyard, and ‘Roareti’, which is a dialect version of Rovereti, the name of the estate, purchased by the Rizzardi family in 1810. It also expresses the two complementary components of the wine: the local terroir of Negrar in Valpolicella, and the international grape, the Merlot.

For 2017, the tenth bottled vintage on the market (13,333 numbered bottles), we chose to commission a special label and asked Jacob Hashimoto, an old friend of Giuseppe Rizzardi, to interpret the wine, its land and its history.

Hashimoto, born in 1973, is an internationally renowned, contemporary American artist of Japanese origin. He has exhibited with Galerie Forsblom in Helsinki and Rhona Hoffman Gallery in Chicago, among others, and has been represented in Italy by Studio la Città since 1998.

Through his own visual language, Jacob has created a label that explores and illustrates the relationship between art, land, science, and creativity.

The label is built on a grid of kite-like elements (a key element in Hashimoto’s particular visual language) and on each of these kites, Hashimoto has illustrated a grape or cluster of grapes that grow in number per row, each row representing the early moments of the Fibonacci sequence, a sequence, a pattern that we also see evidenced throughout the natural world.

The ten rows represent the 10 years of the vintage, changeable and ever expanding in complexity as the wines and vines travel through the years. To capture a wine in an image is an impossibility, and here, Hashimoto strives not to capture the vintage, but to capture an analogue of the process:  the annual toil, the repetition, the calculation, and the inevitable transformation of the winemaker’s specific, complex relationship to the land.

Giuseppe Rizzardi is Clos Roareti’s creator and caretaker and he has written his own record of change and time in these ten vintages – portraits of life, written through water and soil. The label is a creative and particular balance of chaos, intuition, and control, much like the wine. 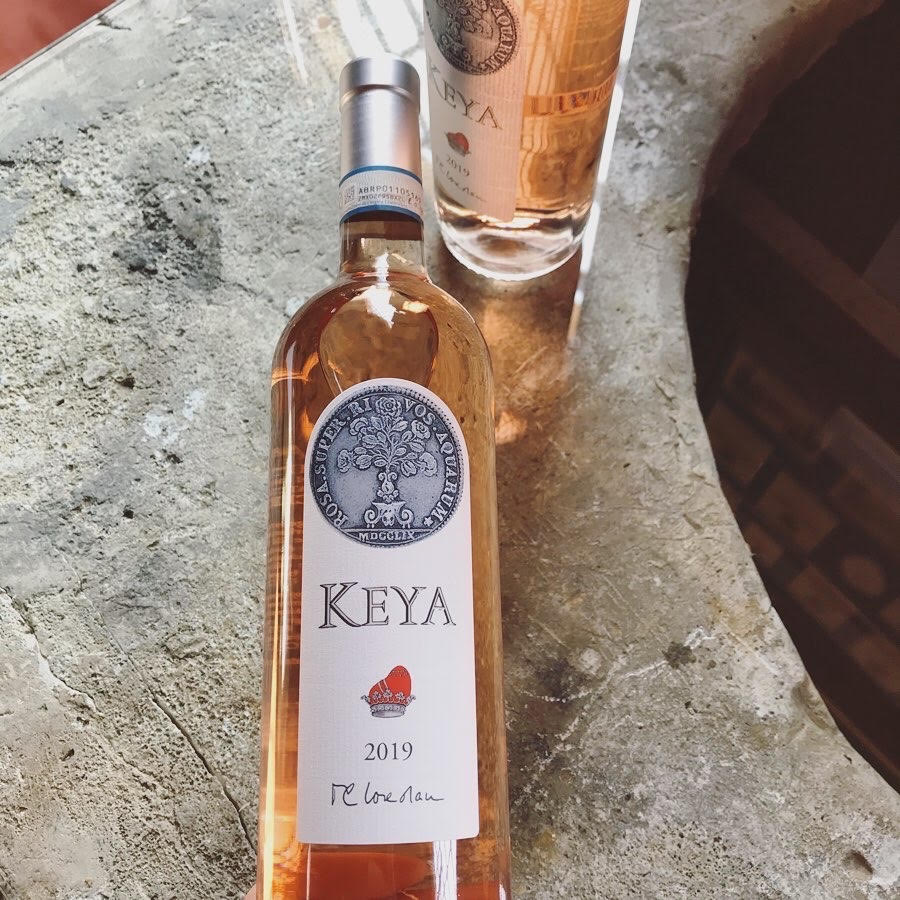 In a normal world, by now, most of our customers would have seen and been able to taste our new rosé KEYA 2019 in restaurants and wine shops around the world. Our importers, new buyers and journalists would have been introduced to it at wine fairs and events like Prowein, Vinitaly and Anteprima Chiaretto. The world has changed but despite everything the advent of spring and the prospect of summer gives us all hope and we look to the future.

Having not had the chance to make a big splash with KEYA and with times as they are, we would now just like to share our thoughts behind the wine and our wishes that many of our old friends, new customers and future followers will soon get the chance to enjoy a glass of lightly chilled KEYA. Especially as it is now, thankfully, starting to make its way out into the world just as the rosé season begins.

KEY-A is a play on the first two syllables of Chi-a-ret-to (KEY-A), pronounced KEE-AH. The name also signifies a little of what the wine represents, as we have long thought that the real strength of the Bardolino vineyard area is in its ability to make world class rosé wines and that rosé/rosato is the KEY to the region’s present and future success in wine.

Not to take anything away from the reds, which of course we are passionate about, but there are factors such as: the position by the lake, the milder climate, the lighter soils, the lighter skins of the grapes used (especially Corvina and Rondinella) which all combine to make a perfect recipe for great rosé wines.

KEYA is a designated rosé, unlike many others it is not an off-shoot or by-product of red wine making. For our rosé we pick many of the grapes earlier than we would if we were making a red, in order to preserve freshness and vitality. After a short, gentle pressing,  just enough to allow the ideal amount of colour and depth of flavour, the wine is vinified at cool temperatures in stainless steel, much like a white wine, and here again the goal is to preserve freshness and fruit purity

The resulting wine is a rosé which is pale in colour but rich in style. Its freshness and intense, vibrant fruit followed by a dry finish make it a great rosé to enjoy chilled on its own or accompanying a huge range of food from cold antipasti to shellfish to salads to spicy dishes.

The coin is of a type that originates in Venice and was presented by the Doge or Head of State for the Venetian Republic (697 AD to 1797 AD) as a gift to dignitaries visiting the city state. This particular coin was from a time when one of the Loredan’s held the title of Doge and is here on the label (along with the Doge’s ceremonial hat) as a tribute to Contessa Maria Cristina Loredan, the mother of the current generation of Rizzardi.

The design celebrates the Contessa’s contribution to the history of Bardolino and heralds also the future for Chiaretto as the KEY to the region’s success – it is no coincidence that the label has the shape of a door ….to the future. 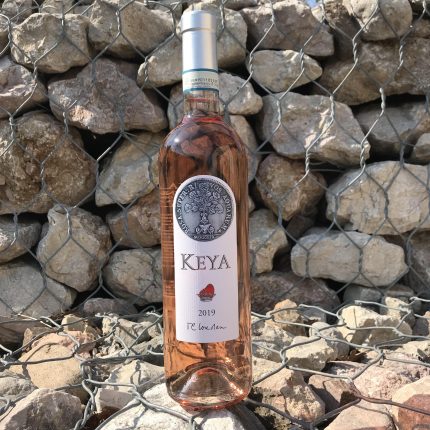 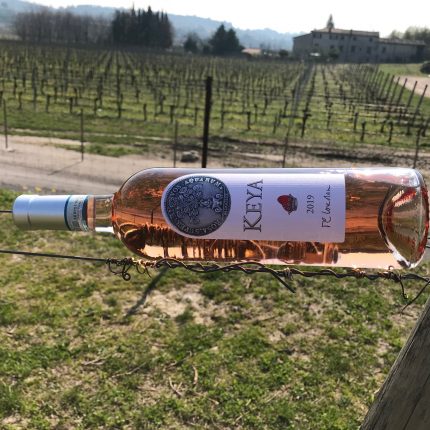 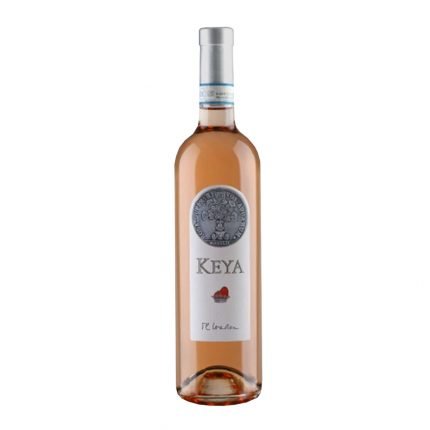 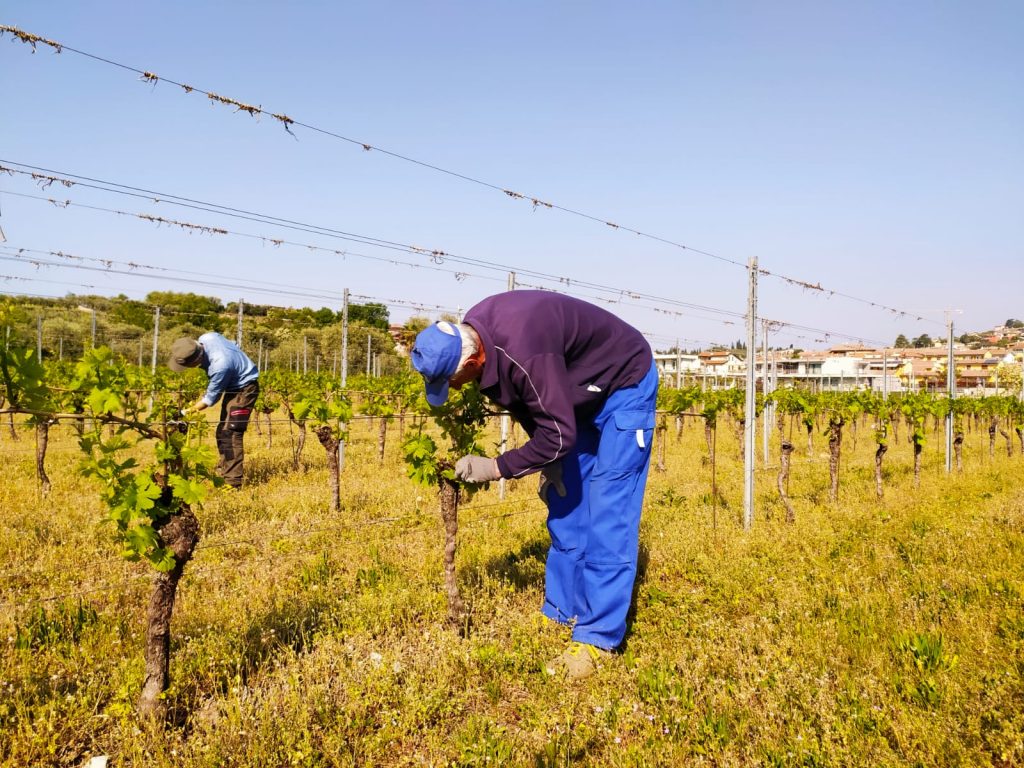 Nature does not stop and therefore neither do we, so taking advantage of the good weather, we have been busy this spring with green work on the vines.

In Bardolino, between the vineyards of Bardolino and Cavaion, we have been engaged in desuckering, in eliminating double shoots, in thinning the shoots and in cleaning the pruned vine heads.

The ‘desuckering’ is the process of removing excess shoots from the trunk of the vine, shoots that anyhow would never bear fruit. If we avoided this intervention, the shoots left on the vine would absorb water and minerals vital for growth and this would negatively affect the quality of the harvest.

Eliminating the double shoots and shoot thinning is the removal of excess sprouts on the eventual fruit bearing part of the vine in some vineyards, this is based on our production tables defined vineyard by vineyard and keeps the amount of grapes produced per vine under control.

The cleaning of the pruned heads is also used to manage production, to avoid excessive leaf growth and prepare the vines for future winter pruning.

It is a totally handmade intervention: the work is tiring and expensive, but it is only one of the many efforts we make in the vineyards to ensure that each of our bottles of wine originates from quality grapes. 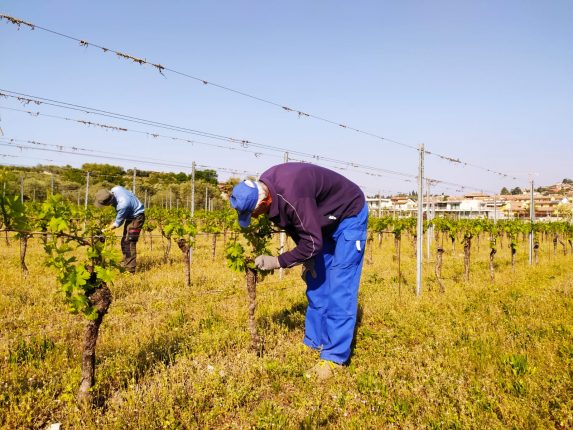